Totalliberation has a funny logic: you cling human ‘liberation’ to animal ‘liberation’. So you compare your problem to that of nonhumans. Yet again when you compare problems of nonhumans to humans, in the specifics, then this gets vehemently dismissed as being against humanrights.

I wonder if ‘liberation’ comes in degrees depending on what someone thinks would ‘liberate’ one/the other. Physically ‘liberation’ is the most important political action. Yet in the realm of discrimination, the term ‘liberation’ has a patronizing aspect about it … .

Suppression – and in the case of nonhumans specifically extreme objectification – cannot change facts about the targeted subjects, their own integrity. In terms of discrimination exerted by humans in societies, ‘defense’ and seeking justice, is seen kind of different than only as ‘liberation’ like what seems to be offered to Nonhumans and ‘Nature’ here. This is carrying the same old double standards with it … .

To deny that people, at any time, anywhere, can exert foul play and discrimination against all and any othter subjects, is a gross self-illusion, and sounds like there were some super good humans somehwere who had the right on their side in every case at any time, etc. Not realistic / helpful. Only a superficual-still-cover-up.

This page is full of extreme speciesist art

FLESH
First of all, the meat was needed for isolating primary animal cells. Once the animal tissue had been swabbed with ethanol, a tiny section was removed and immersed again in ethanol.
http://artscience.uni-ak.ac.at/activities/bioart_

TAXIDERMY
“Things that Talk“ – at the Naturhistorisches Museum Wien. It shall be a source of inspiration and provide an unusual view of the museum

SPECIESIST BIOLOGISM
I will review a number of mechanical problems we offered kea in lab and field and I will show the way their behavioural flexibility may even include acquisition of tool use behaviour.

more speciesist biologism
Field Research
A report, fully photo-documented, from the FIWI, Research Institute of Wildlife Ecology, by Max Kropitz and Zahra Shahabi opened this Roundtable, focussing on issues such as taxidermy, experiments’ set up using mice and studies on fish behaviour.
http://artscience.uni-ak.ac.at/activities/roundtable_16

extreme speciesist biologism
ROUNDTABLE
Field Research
He proposes a new kind of art called “attraction art”, through the same approach and also discusses the role of the public as an equal part of the artwork in a performance piece.
http://artscience.uni-ak.ac.at/activities/roundtable_17

and there is much more on that page listed. Not digging deeper now.

A billboard poster by Farangis Yegane for the Green Party in 1981 against the arms race. A hot topic in the 1980ies. Tthe original painting: 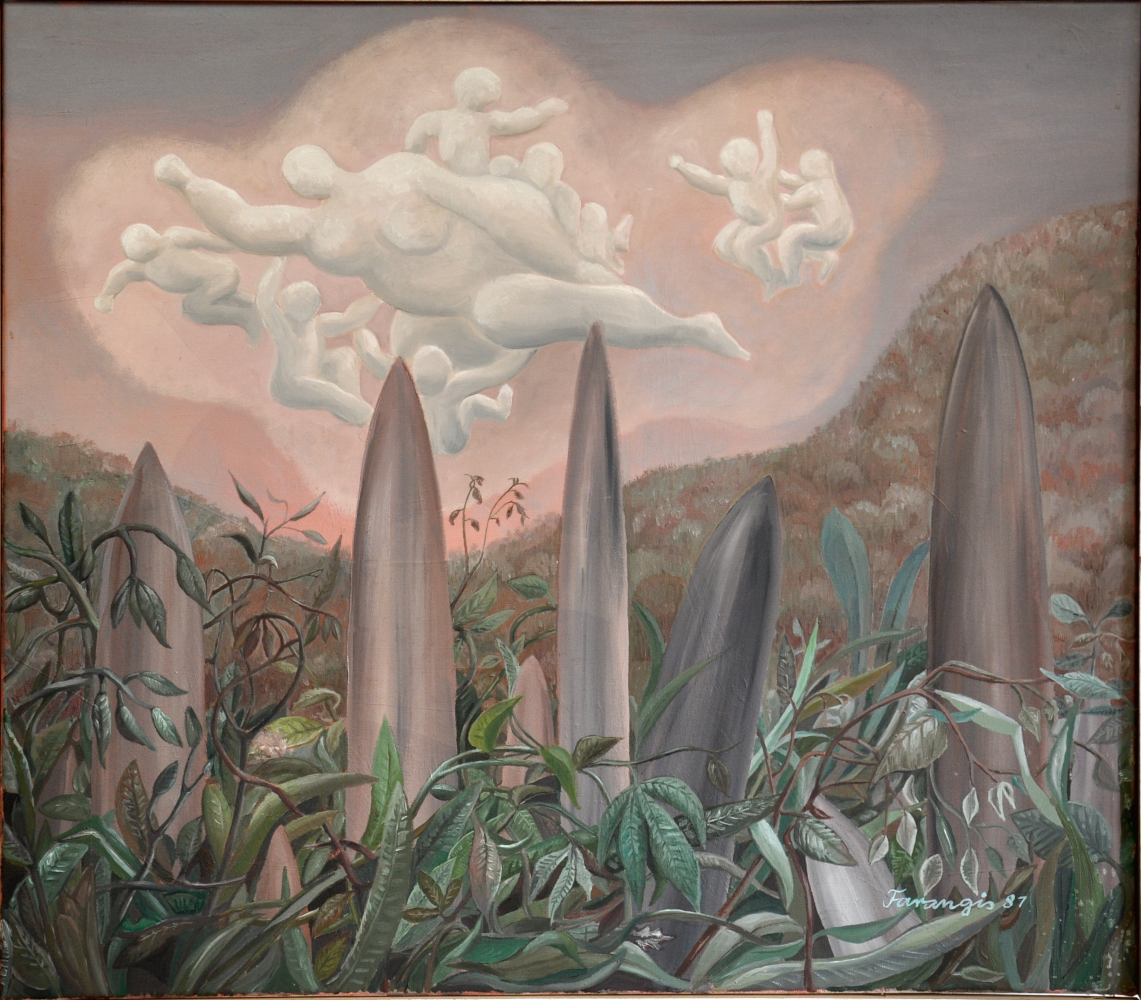 Putting up the billboard in Frankfurt am Main at the intersection Eckenheimer Landstraße / Nibelungenallee. 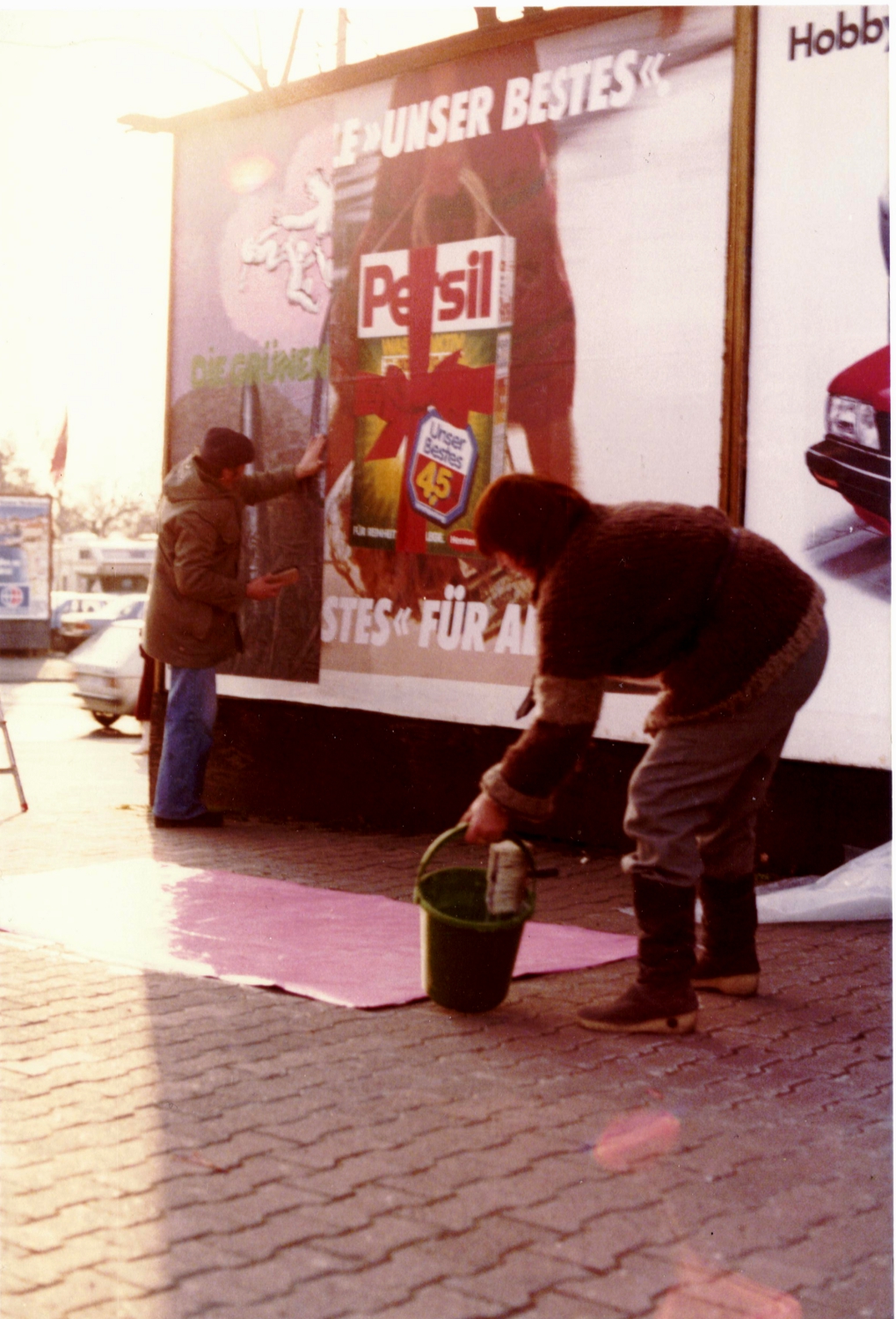 The Detusche Nationalbibliothek is at this intersection today. 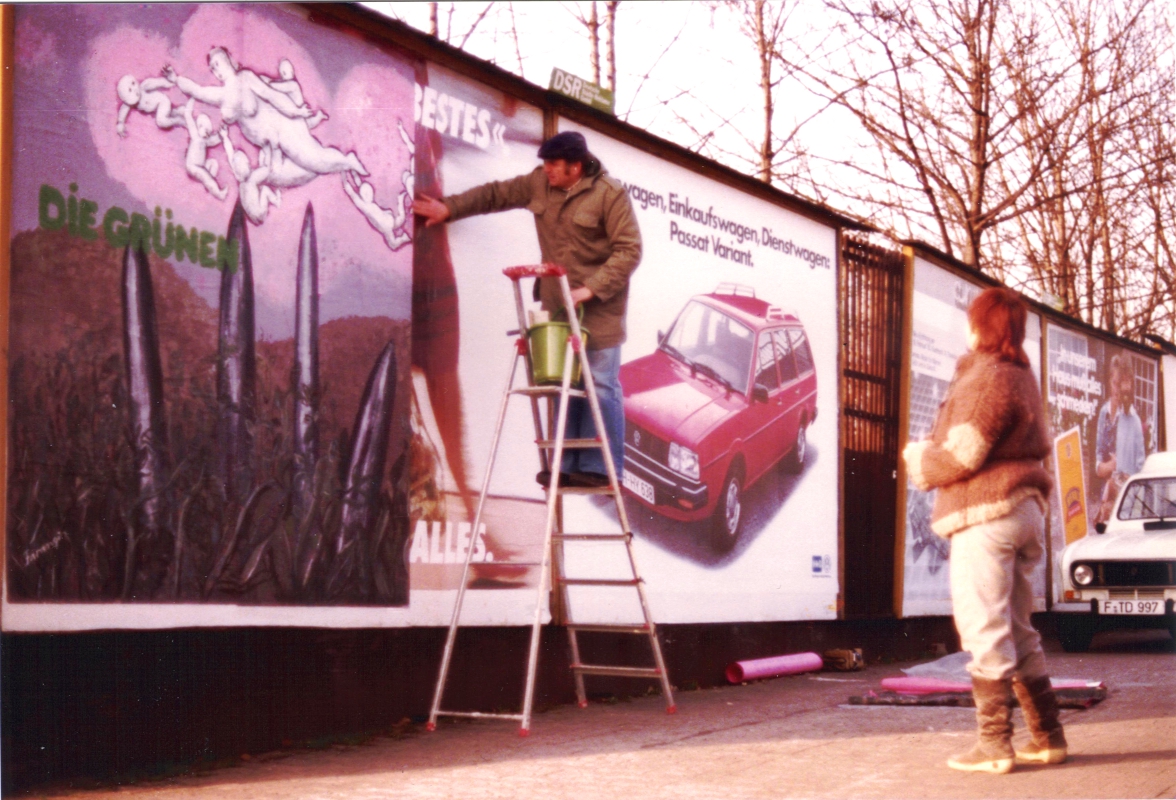