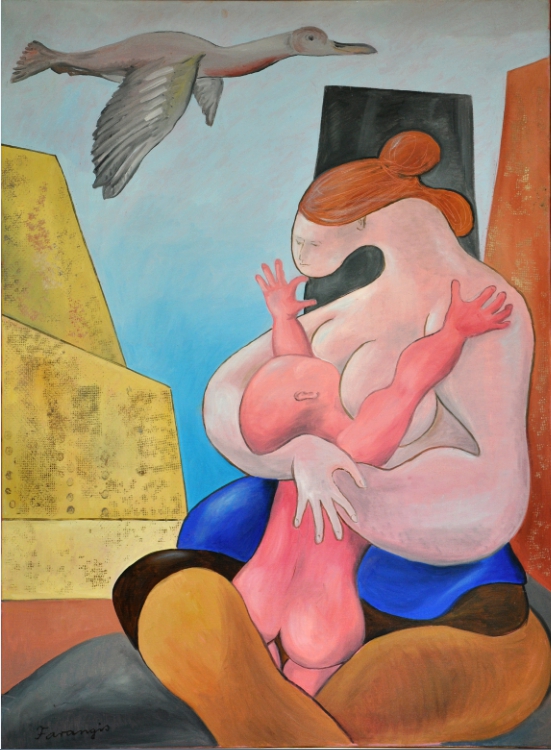 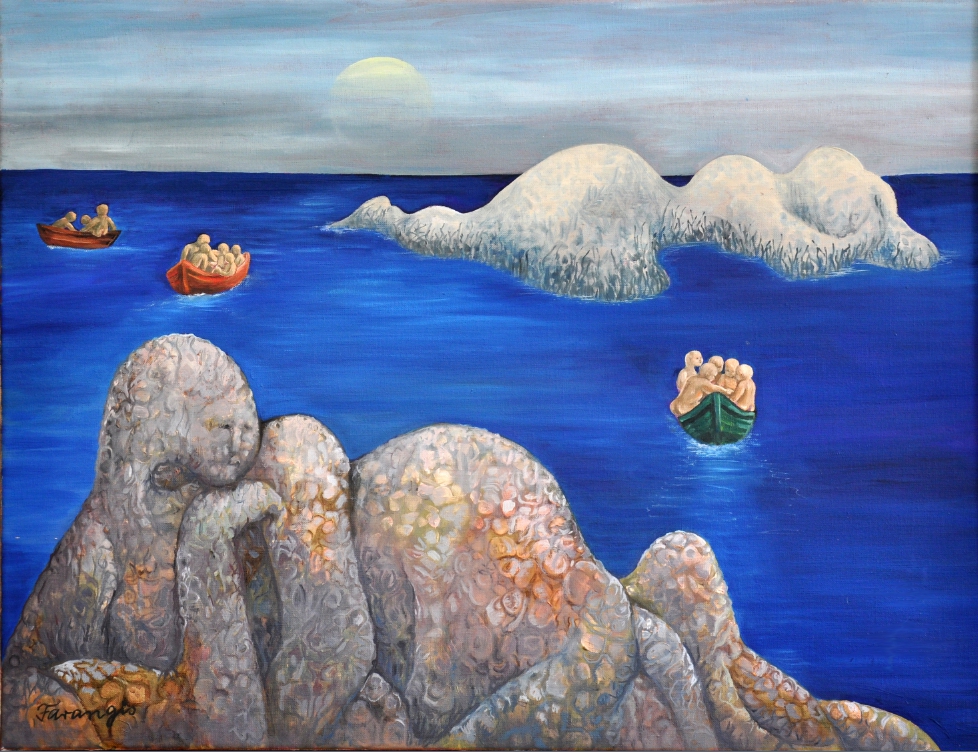 On the Water, oil on canvas, early work by Farangis Yegane 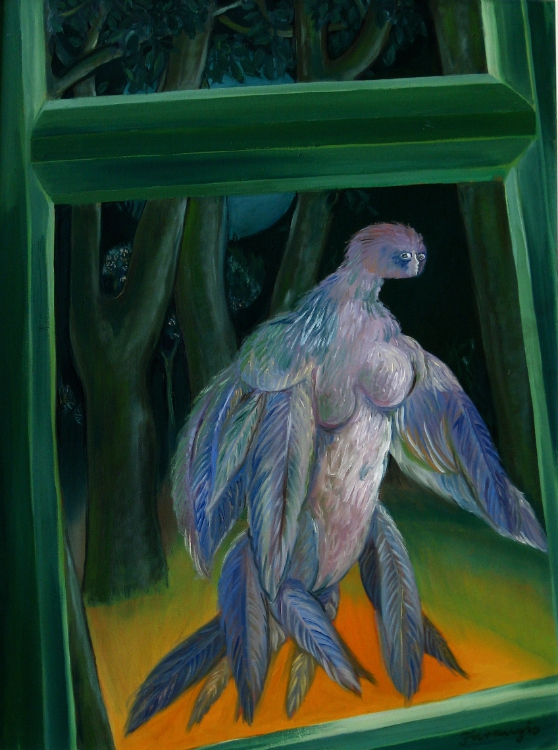 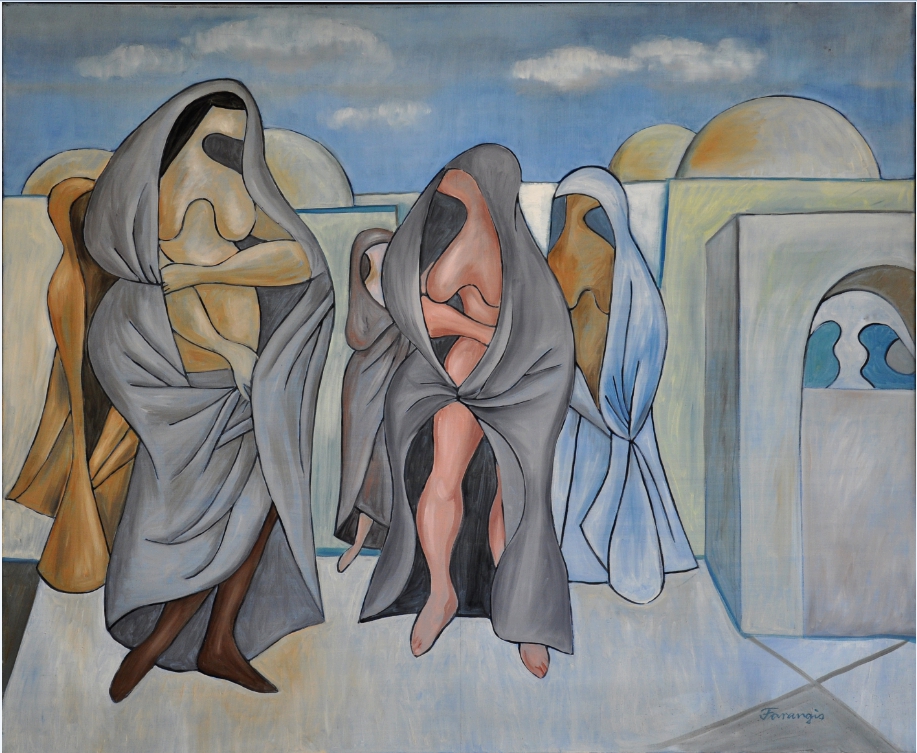 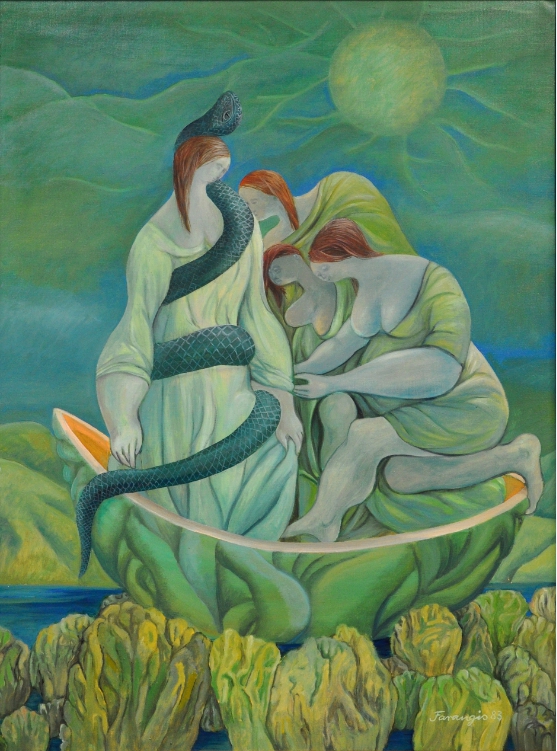 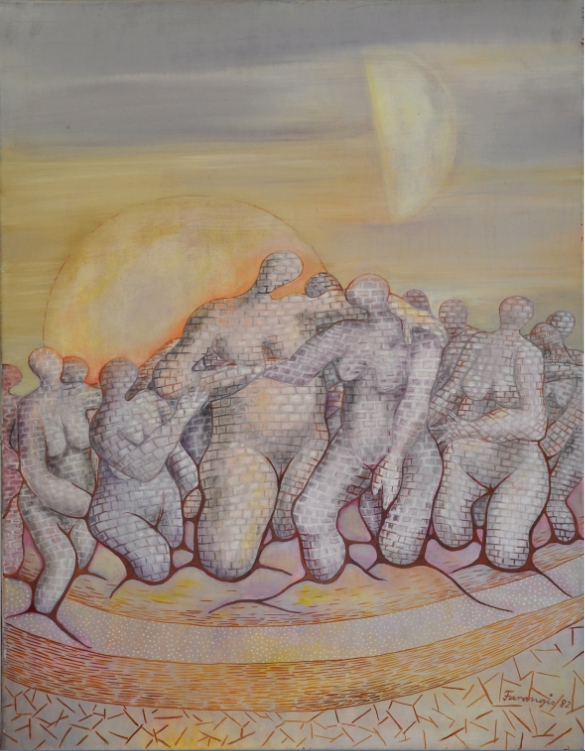 head-language-commonness
no rubbing of belly-against-belly,
no ticklishness of the skin. 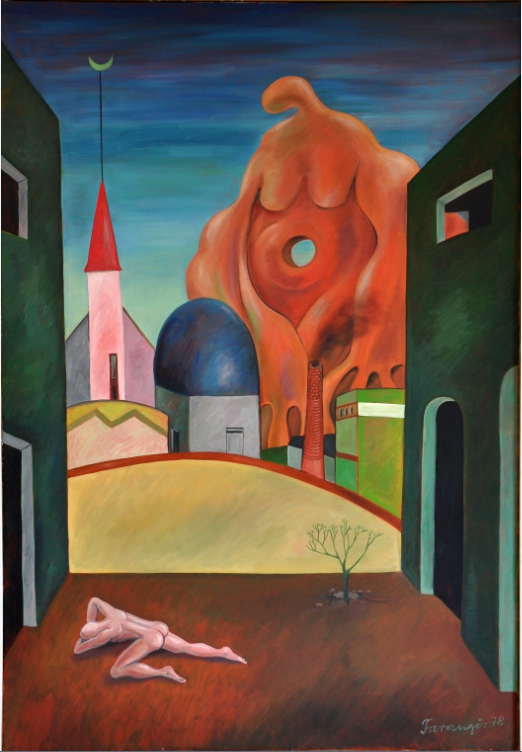 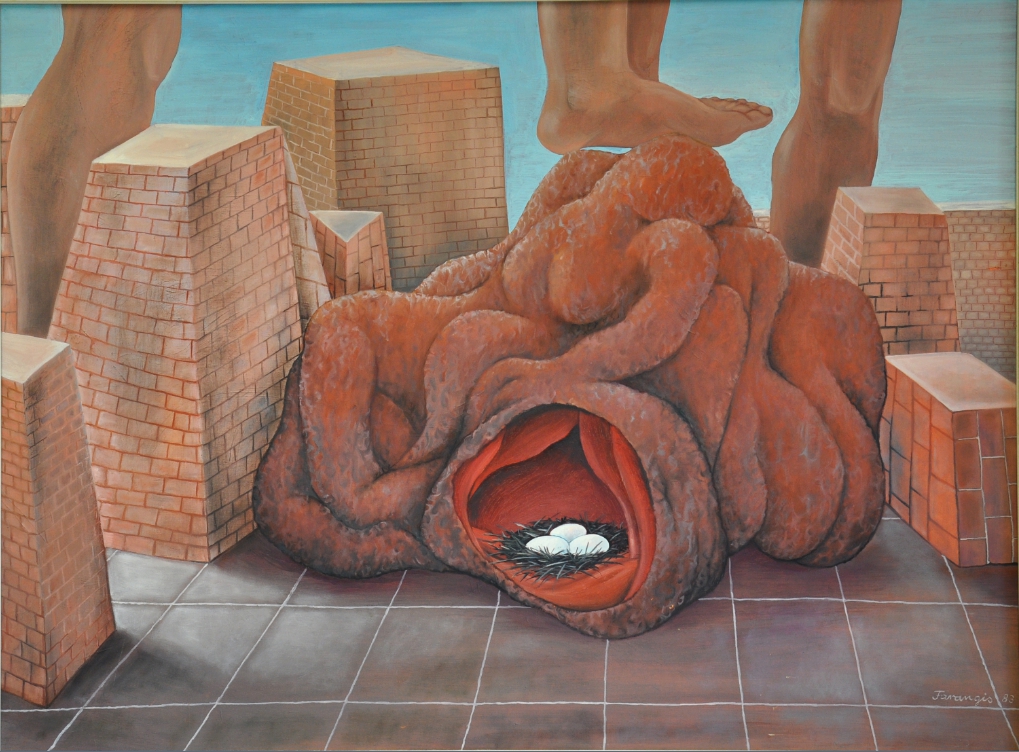 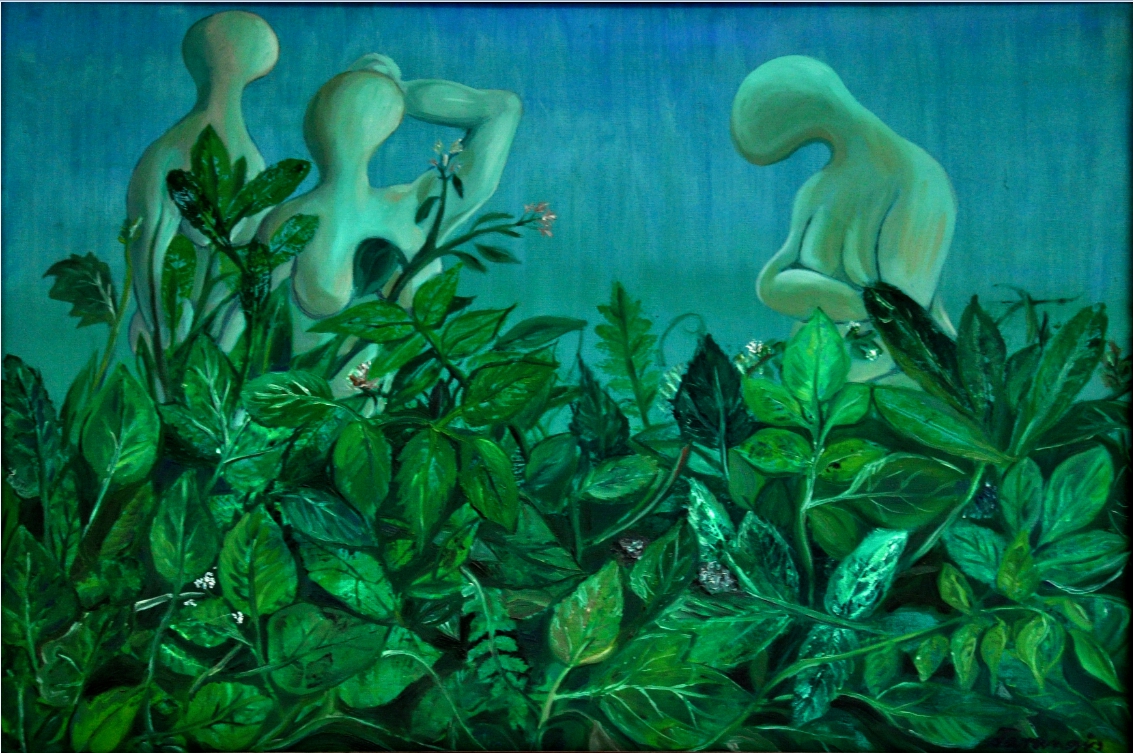 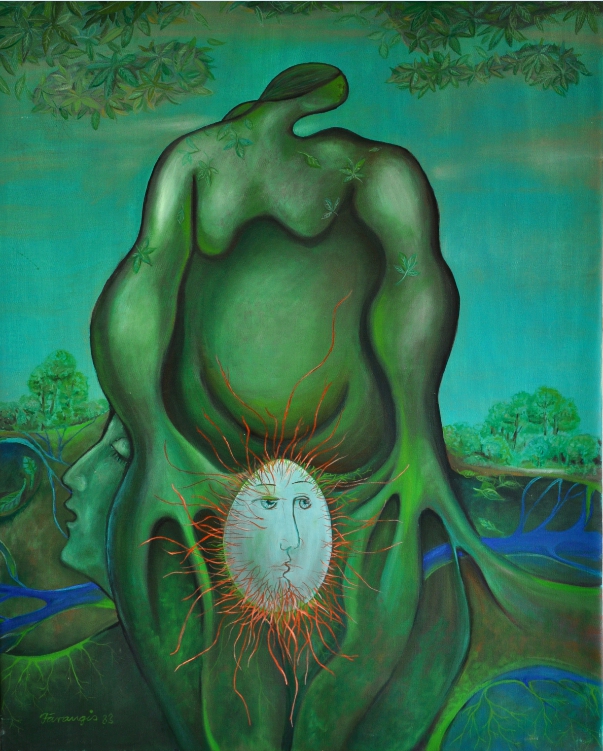