So you are not an artist

Also, I said, calling something “art” doesn’t really give any manmade object the privilege associated with something like the exclamation: This is art! Tres bien … 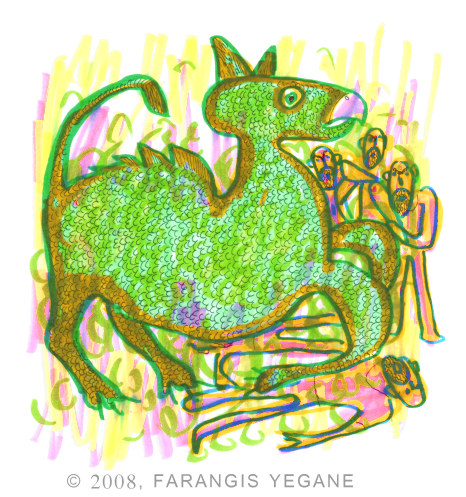 I said the Nazis noticeably used the term “entartete Kunst” so that they would still call the arts they politically hated “arts”, but they added the decisively modifying attribute that marked this type of art (any art they didn’t like, etc.) as “entartet” (highly abberational and due to be rejected, hated and all such stuff).

I think art is something very fundamental, so fundamental that for example religions had a problem and strained relation with arts from early on: because old very ancient artefacts stood always as expressive for ancient beliefs. Arts got tamed. But nevertheless arts became the most decisive means for an intellectual democratisation. Art was also used as a means to promulgate all types of ideology.

I often stumble across remarkable works of art made by individuals who aren’t professional artists. The types of artistic expression I find with unprofessional arts is often inspiring. I see a lot of originality in such arts, an originality that is not driven by some brute desires for fame or acclaim or money.

But coming back to where I started off: I think everybody can speak the language of arts, actively and passively, as a recipient and as a creator of arts, but I don’t think that art is art simply because one considers it be arts. There is a subtle difference. 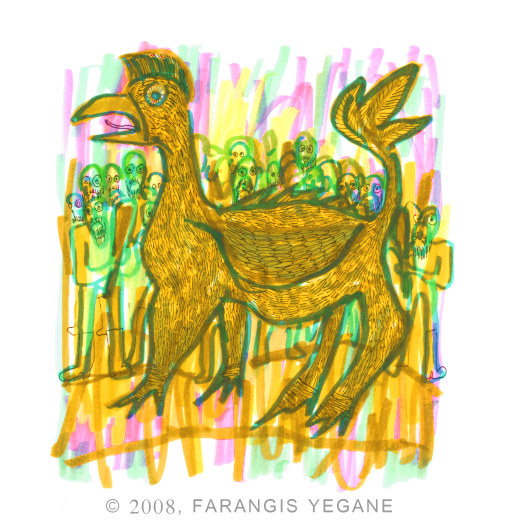 I said to “A”: Arts is to me simply a name we give to something, like a frame we set around a star that we see at night in the sky. Nature is arts. Art is like a piece of a huge vegan wedding tart … It’s a word we found for something that is “a-way-of-perceiving-existence”: something very complex, and we can only frame part of this complexity by the term “arts”.

Art is not an idea we created from scratch just by inventing a name or word out of nowhere. Rather we perceive something and we want to communicate something into the unknown, and we use images for that, or, we use a language that has no borders and no limits.

Etc, I know it’s a long subject: What is art?