The foundations of the rights of all life, don’t lie in first giving or first creating those rights. The foundations of rights are intrinsical to life (in its interconnected and in its individualized condition).

It’s necessary to develop enough will to differentialize on the theoretical and the practical plane, in order to find solutions of how to respect the dimensionality of the inherence of the rights of all life.

Farangis Yegane: The Crown of the Creation

Subjectivity can’t leave you either on top or below, also being of a different nature, being built completely or relatively different than a human, can’t leave a nonhuman animal below.
Any position taken, individually or in evolutionary terms, has it’s own qualities. (The values of the qualities are hard or impossible to measure against each other.)

“There I bow my head – at the feet of every creature. This constant submission and homage, of kissing God all over, someday, every lover will do. Only there I prostrate myself – against the beauty of each form – for when I bring my heart close to any object I always hear the friend say, ‘Hafiz I am here.'”

Check the thoughts out further at: http://crownofthecreation.farangis.de/

a florae Obscurae, by Farangis Yegane, 1996 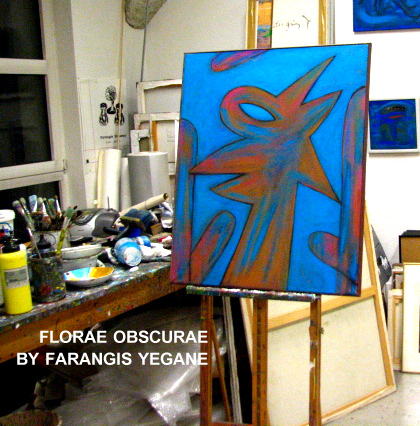 The subject of ‘florae Obscurae’ is flowers – though, not in their relation to the culture of ornament or decoration, not as metaphorical entities like for example as vehicles of some unattributable malevolent purposes of fate, like in Baudelaire’s poetical thought-image of the “fleurs du mal”, and they are not taken in terms of their biological botanical classes.

Here instead flowers are visually described as universally and terrestrially contextual-existences, i.e. having own environmental contexts in which we can see them as “floral-sentient” plants.

A new environmental phenomenology is sought to be etched out, the type of natural occurrence that normally gets packed into the complex but one-way idea of “animism” as pantheistic frill. The florae Obsurae are images of a plant world that speaks in a language which is not a floral taxonomy nor a stylist’s taste for a flower bouquet. These flowers are spiky by making up a different habitat (‘nature’).

Plants get categorized in terms of their aesthetics and utility,
animals are defined in terms of cognizance and sense,
and humans, finally, are understood as the civilizatory geniuses of their social and political world which constitutes a beginning and an end in itself.

By a shift in view this cycle is being broken or gains further dimensions.

a sequence of computer drawings from the series Philozoe by Farangis Yegane, 1997 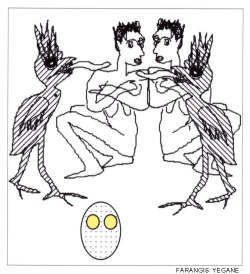 They hunt birds for their eggs.) 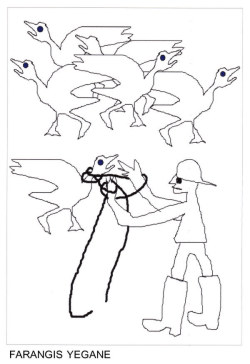 And seek to control them in the air too.) 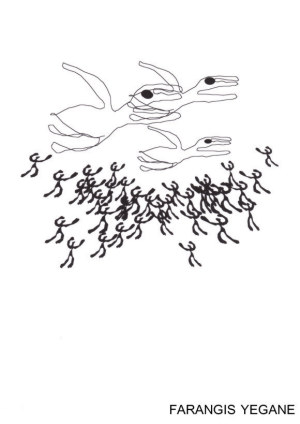 They domesticate them; especially the birds that don’t fly.) 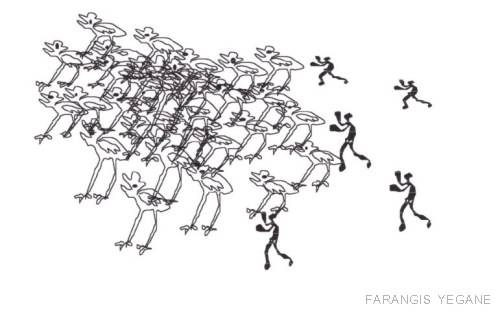 Next, they hunt the deer.) 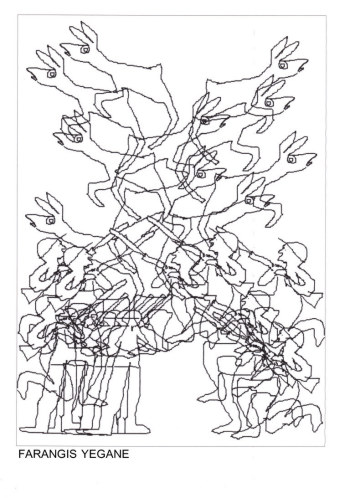 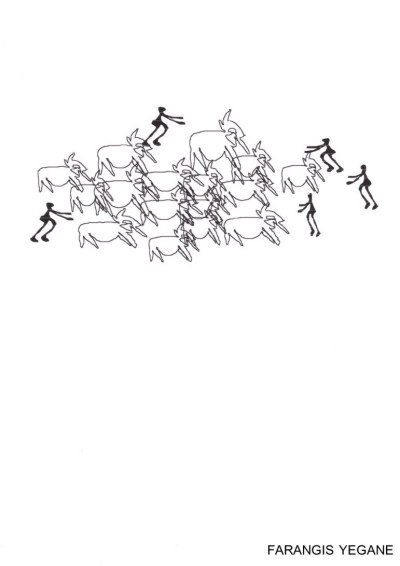 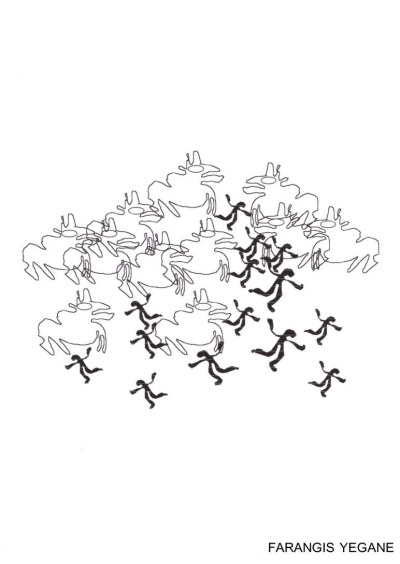 Spanish Dogs, other Dogs and other Animals, by Farangis Yegane 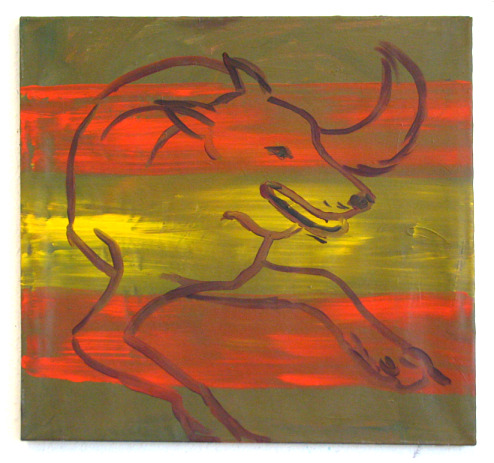 A Spanish Dog by Farangis Yegane, 1994

B. My dog is not a hombre http://www.farangis.de/dogs/my_dog/my_dog.htm